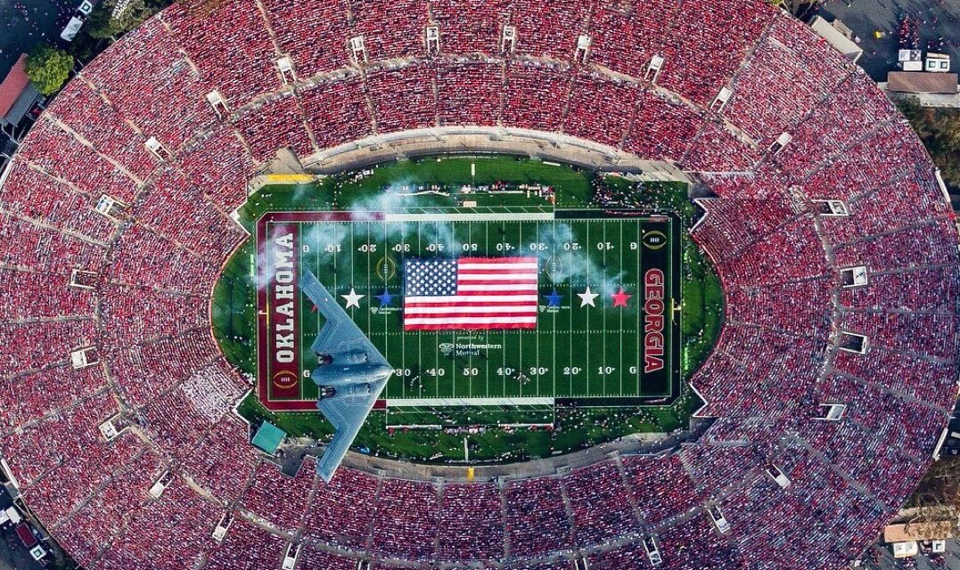 Such an amazing shot! Love it.

Take 5 minutes to watch this excerpt from a recent Matt Chandler message.

Here’s what we learned. There’s data now to back this up. Kids are not being secularized in college. They’re being secularized at home before they’re sent to college by well-meaning Christian parents who can’t tease out the value balance between sports, activities, and the gathering of the people of God.
…
Can you imagine going and trying to wake up your kid for school at whatever time you have to wake them up and them just going, “I’m not feeling it. I’m not going”? “Oh, okay. Well, never mind then.” To parent that way… Listen. I’m for you. I’m not against you. I’m not trying to shame you. To parent this way… This is what’s true about the data. Half-hearted obedience to Jesus Christ in this generation leads to full rebellion against him in the next.

I don’t think sports, choir, band or whatever 5 things kids get involved in are necessarily bad. As a kid, I took art classes, swimming lessons, played soccer and even was on a bowling team, if you can believe it. One of the best things about childhood is the permission (and even blessing) of doing a lot of different things. This is how we grow and discover the things we’re good at: by trying out a lot of different things and having permission to be bad at them.

Parents in the last few decades have forgotten this key part, though. It’s ok if your kid isn’t the best quarterback. It’s ok if he’s bad. It’s ok if he doesn’t spend every waking moment eating, thinking and breathing football, soccer or band.

Parent, you are probably not raising the next Tiger Woods or John Elway. It’s ok if your kid sometimes misses practice. It’s ok to play sports or band or do something and not be the absolute best at it. Don’t get your priorities all out of whack.

My goal in writing that book, and in everything I’ve ever done with regard to the Bible, is not to produce a lot of Bible nerds, but a kind of Christian who is so deep and unshakable in their convictions about eternal reality that they are not blown over by the winds of trouble and don’t simply float mindlessly along, conforming to the currents of contemporary culture.
I want people to use the Bible to become like oak trees.
…
That kind of Christian, living in that kind of crazy, counter-cultural, uncomfortable way of serving the glory of Christ is not going to come into being by mere natural cause — casual, ordinary encounters with the Bible. Something radically different has to happen in the presence of the Bible for this person to come into being, and to be sustained for sixty or seventy years of spiritual warfare.

I love John Piper’s imagery here. We need to be deeply saturated in the Word so we aren’t carried to and fro by the whims of culture.

At the end of last year I pledged to myself that I would “Make Something Every Day”. Today, I made this computer a tool in my toolbox. It feels good.

I have been re-ordering my life so that I create more. I couldn’t think of a better way to start this blog than to link to the same idea. Make something every day.